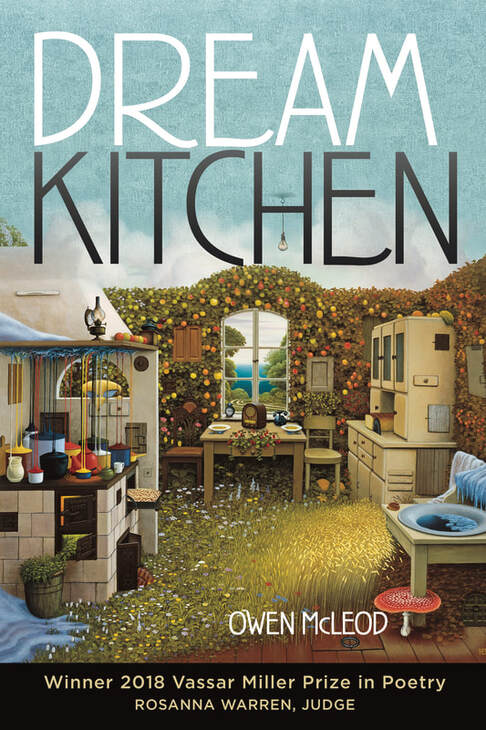 "In Dream Kitchen, Plato, Socrates, and Stevens share space with Nerf balls, Goodwill shirts, and Exxon bathrooms; and of course they do, because there is room enough in this life, and room enough in these poems, for the high and low, the beautiful and terrible, the intimate and strange." -Maggie Smith

"Philosophical and funny and openhearted enough to read the world as a poem, Dream Kitchen is an astonishing book. These are poems for real people who live in real places. They look you in the eye and shake their heads with rueful humor. They hunger for the impossibility of intimacy. They offer risk and wit, and the occasional surreal moments, not for the sake of strangeness, but from a close and tender looking at the world." -Michael Bazzett

"Owen McLeod's Dream Kitchen is a debut of startling originality, alive with both the relentless sadness and unlikely beauty of strip-mall America. With an astronomer's eye for detail, and a carnival barker's sense for the uncanny and absurd, his darkly funny poems grieve for what we lose, even as they pulse with the fantastic. Formally and tonally dexterous, his poems range from a lovelorn magic realism to philosophical inquiry grounded in the gritty details of contemporary America, with the comic ghost of Stevens presiding." -Mark Wagenaar
​
“Owen McLeod knows how to pluck what Pound called ‘the natural object’ from everyday life and endow it with symbolic force. He mingles a sensuous feel for vowels and consonants, with a graceful play of speech rhythms and a gift for revelatory strangeness. I’ve copied out his lines in my notebook for the sheer pleasure of it." -Rosanna Warren


Dream Kitchen is available from all major booksellers